In the distant 1825, a group of Chinese theatrical actors, was called in the most recondite areas of Thailand, for some representations addressed to Chinese miners. According to legend, the whole company was struck by a mysterious illness (probably malaria), because it was said that it had not honored the nine Gods of Taoism in the right way. To defeat the disease, he was given a vegetarian diet to honor the two deities Kiew Ong Tai e Yok Ong Sone: after only one week, the disease was completely eradicated!

One of the most incredible festivals in the world originates from this legend: the Phuket Vegetarian Festival! It is precisely in remembrance of that miraculous healing that the conviction has grown that the body, thanks to a vegetarian / vegan diet, can rise up to a sort of intimate connection with the higher spirits.

The event takes place during the ninth Chinese lunar month (October) and is believed that all those who attend the various rites of the Festival, get lucky. During the ten days of the Phuket Vegetarian Festival, hundreds of thousands of devotees gather along the streets of the island performing every ritual and various ceremonies, both along the streets, and inside the sanctuaries. The ultimate goal of each is to achieve purification. There are truly incredible rituals, many of which involve self-torture to shift the evil from other individuals to themselves and to ensure fortune for the whole community. In this way, you will be able to see the faithful in a sort of real trance, walk on the hot coals, climb up stairs full of blades or even bathe in boiling oil!

If this should seem short, do not despair: the rite of drilling by ascetics is, of course, the most widespread. Cheeks, and every part of the body, pierced by needles, pins, knives, blades and even shotguns; feet pierced by glasses or burning parts, and more.

Few doubts about the fact that the plane is the most convenient way to reach your destination. Bangkok is generally the main airport for international flights. Kuala Lumpur, in Malaysia, is also an excellent starting point.

From Bangkok, on average, 10 to 20 daily flights are guaranteed (pandemic permitting !!). Thai Lion Air, Thai Vietjet Air and Nok Air are among the airlines offering direct connections to Phuket. The journey takes approximately 80 minutes. From the airport, however, you need to travel a distance of about 30 km by car to reach Phuket Town; right here, on both sides of the roads leading to the sanctuaries, is the centerpiece of the festival.

WHAT TO DO AND SEE AT THE PHUKET VEGETARIAN FESTIVAL

At the event, from 05 to 15 October, 10 days of great celebrations await you. Those who arrive earlier, however, will be able to attend the great preparations, in which there will be stands and ceremonials.

During the festival, however, spectacular parades will start every day from the main Sanctuaries of Phuket Town. The rite of perforation is, without a doubt, one of the most incredible ceremonials you can witness!
At the stands you can enjoy fried food and, above all, tofu in all sauces and forms. You will hardly find different dishes: if you are not a lover, reach your destination with … a full stomach!

Of course, the great protagonist will of course be Phuket and its extraordinary beauties. After all, it is the largest Thai island. Starting, of course, from Phuket Town, and its splendid architecture between Portuguese and Chinese. Remember, above all, to visit the Chillva market. And, again, the 29 splendid Buddhist Temples, scattered throughout the island; the Big Buddha, from the top of the hill south of the island; Phang-Nga Bay and Sirinat Park and, of course, the famous Maya Bay.

Tourists are also allowed to participate in the Phuket Vegetarian Festival. However, everyone has OBLIGATION to respect some fundamental rules: dress in white; absolutely not eat meat, do not consume alcohol and no sex for the duration of the festival, because they corrupt the spirit and the body; cleaning and personal hygiene and all tools used. Also, menstruating, pregnant and all bereaved women cannot take part.

The Phuket Vegetarian Festival is an opportunity to discover a unique ceremony in the world and, of course, an absolutely wonderful place like Thailand.

*Due to the Coronavirus (COVID-19) pandemic, the details of the event are subject to change. It is highly recommended that you check with the organizers before planning any trip. 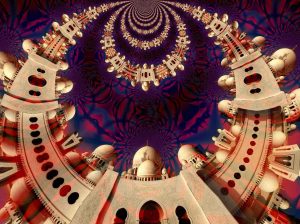 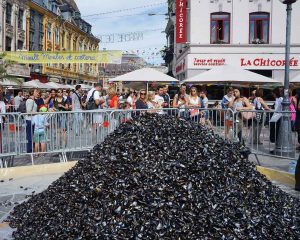 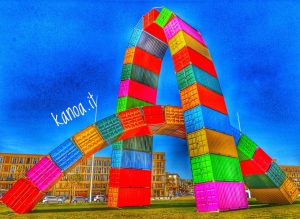 Colors of the world