Los Angeles. How to get there by bus, train, car. Connections, distances

The city of Angels.

L.A. is an immense urban agglomeration that develops for 40 km from east to west, and almost 70 from North to South .. A city to say the least immense, second for population only in New York City. Over 11 million individuals are concentrated in the urban area, including the famous Orange County.

Los Angeles today represents one of the most important economic centers around the globe. It houses important scientific centers, and the major film studios: Universal, Paramount and Warner Bros., are among the best known.

In addition, Star System actors reside in the hills of Hollywood, Beverly Hills and Santa Barbara. This made L.A. the favorite destination of many travelers in the world, who come so far in search of the stars and places of the great American films that have marked our existence. 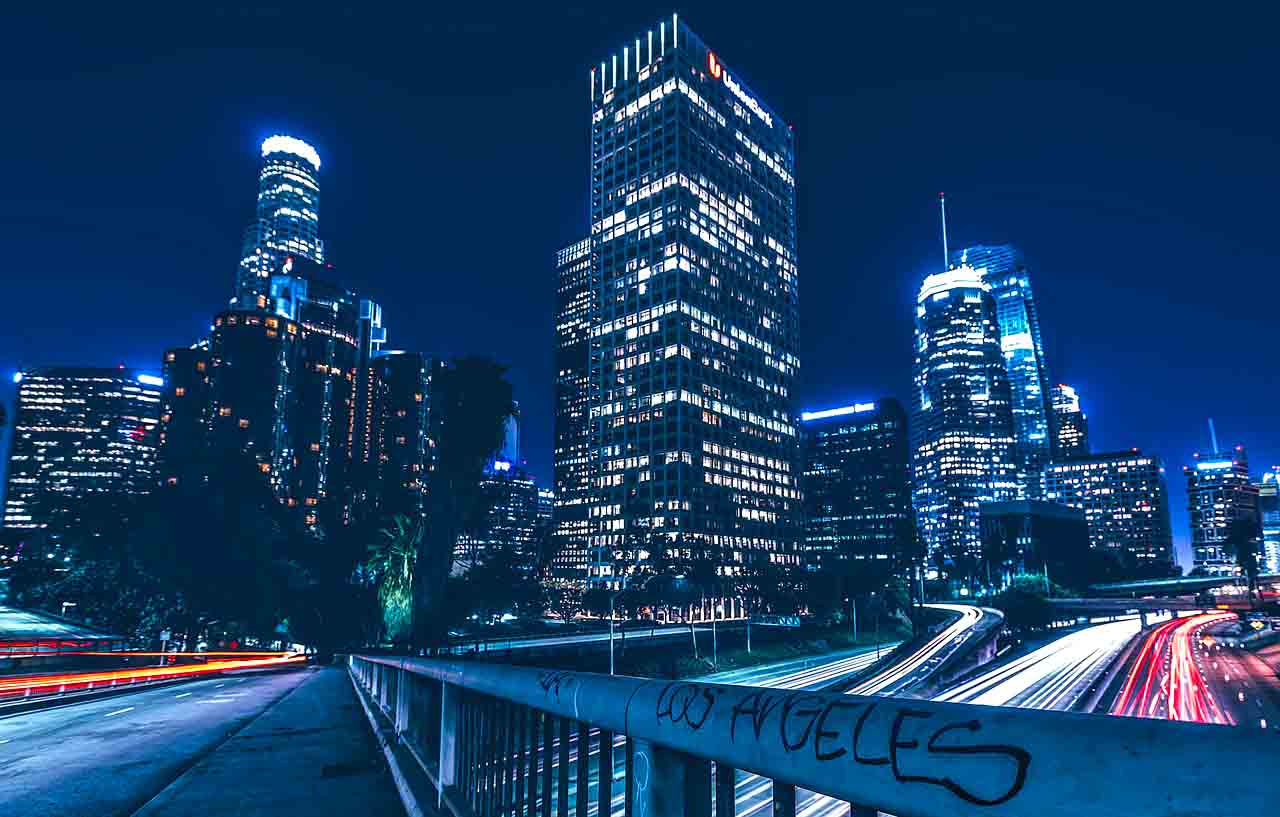 The acronym LAX identifies the international airport, located about 30 km from the center. It is located south of Venice Beach and north of Manhattan Beach. It is one of the most important and busiest airports in the world, a veritable gateway to the United States. Over 80 million passengers pass through this airport each year. Only Atlanta, Beijing and Dubai register a higher passenger volume, all over the planet!

LAX serves a destination on all continents, and is a reference point for American airlines, such as Delta, American, Southwest, United, Alaska.

From the airport, you can reach the city by taxi, renting a car or, alternatively, using public transport. At the airport, a free shuttle service is available to move between the numerous Terminals.

The bus is an excellent solution for those wishing to save money compared to the plane. Greyhound is one of the historic American bus companies. It has always made connections throughout the country with extremely affordable rates. Especially booking a little earlier than before.

You can get on board modern, efficient and comfortable vehicles. On board the bus you can take advantage of power sockets, comfortable seats and free wifi line for the whole journey.

In just under 10 hours, you can reach Los Angeles from San Francisco, with tickets starting at $18, per adult, with a non-refundable ECONOMY rate. The journey from Las Vegas lasts from 5 to 7 hours, while from Phoenix it takes just over 7 hours to reach its destination, with prices of $31 per economy rate.

Amtrak, the national rail network, runs the route from / to L.A. with numerous trains, every day. The convoys depart from the main station of Union Station, in the heart of Downtown.

From Seattle and San Francisco, there are plenty of trains passing through Los Angeles. Also from / to Phoenix or New Orleans, Amtrak manages the connections.

The Pacific Surfliner, run by Amtrak, connects the city to the beautiful San Diego; in no time you will be at your destination. Departures are always made from the main station. Further information and prices are available on the official website www.Amtrak.com

From San Francisco, the fastest route is the six-hour route along I-5. Alternatively, you can take US 101, which offers a picturesque setting; in this case, take at least eight hours of travel.

One of the most iconic roads in the United States is the Pacific Coast Hwy (PCH or Hwy 1), which runs in 10 hours; although it is subject to mists, it remains very characteristic and suggestive.

From charming San Diego, you can take Interstate I-5. From Las Vegas, you arrive via I-15 to I-10, then reach Downtown to the west.