United States. How to get, getting around. Value customs documents, time

With an area of ​​over 9 million km², and about 325 million inhabitants, the United States is the fourth largest country in the world, and the third most populated after China and India. And, as such, with profound geographical, cultural and climatic differences

The place where the principles of the right to happiness and freedom of speech were born; in which the airplane, the refrigerator, the electric light, the space ships, the computers, the blues, the jazz and the rock and roll were invented.

A place that entered the collective imagination strongly. Merit, above all, of Hollywood that has transformed some places into extraordinary film sets. So, between taxis, police, smoking manholes, people hurriedly walking down the street, with their cappuccino in hand; or, again, the famous hot dog vendors scattered around New York. The feeling of deja-vu will be really strong!

The American reality, however, can be fascinating on the one hand and contradictory on the other if one lives outside of the glittering New York, Los Angeles, Washington or Chicago. Often fascinating and suggestive. Try to push yourself, for example, along the legendary Route 66, the wonderful Parks, Nashville, Phoenix, Minneapolis …

Thinking of visiting the country in a single holiday is pure utopia, even having a month available. Suffice it to say that, to move from one side of the country to the other, it also takes 6 hours of flight; Kanoa’s advice is to divide the visit between East Coast and West Coast.

The plane is the only viable solution for those wishing to organize a vacation in the United States. All major cities such as, New York, Washington, Chicago, Miami, Orlando, Los Angeles, San Francisco, San Diego, Seattle and Denver have excellent international airports. You can reach your destination by direct flight, or by calling, depending on your destination.

Journey times on the plane are quite long. Travel time from Madrid to New York is approximately 8 hours. Rome-New York, on the other hand, takes about 9 hours. From Los Angeles to Paris, it exceeds 11 hours. For those wishing to go to America, it is rather easy to find air tickets at advantageous prices, booking with a large advance; on the contrary, it could be quite expensive to buy tickets for less crowded and well-known destinations, especially in Central America. 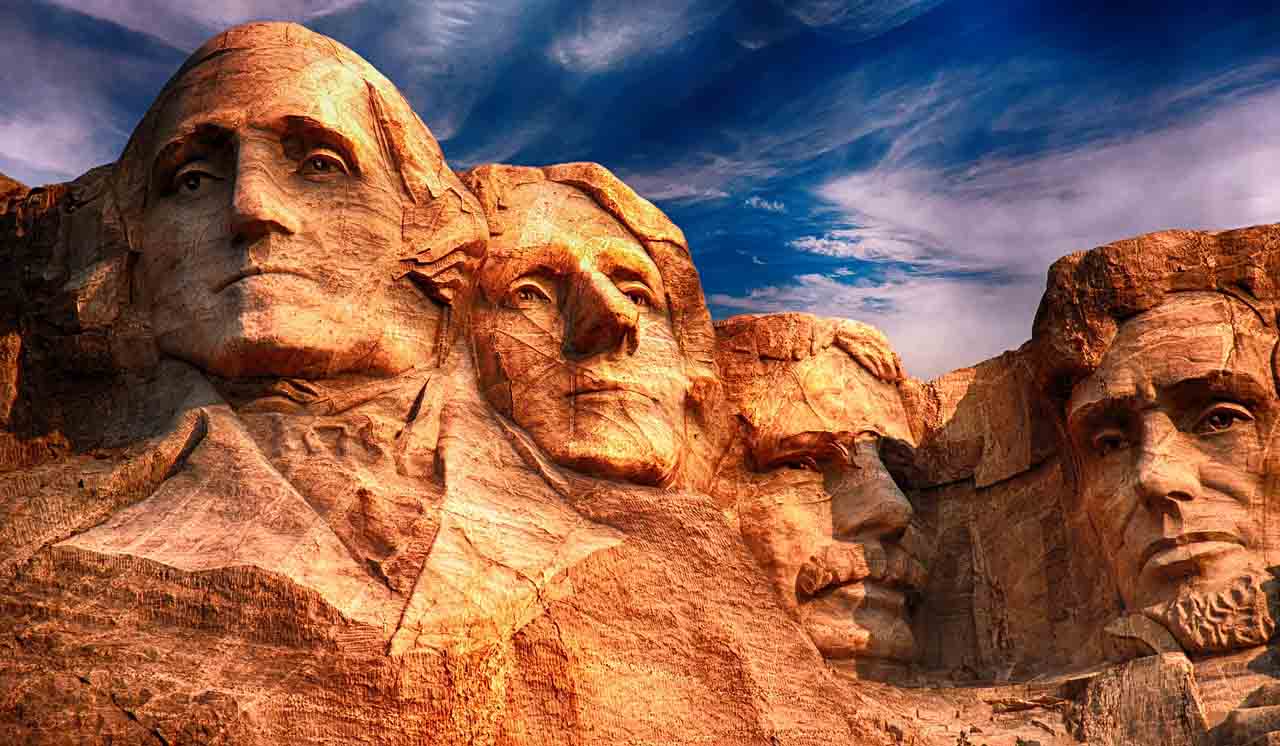 HOW TO MOVE IN THE UNITED STATES

Within cities, one moves almost exclusively by public transport. Moving, for example, to New York with a car is totally useless: public transport, and in particular the metro, are practical and extremely efficient.

To move from one destination to another in the country, taking into account the considerable extension, the aircraft remains the preferred and recommended means. Here too, the rule is to book well in advance to get the best rates. The car is the best alternative to the plane. The times are, of course, superior. Nature, incredible scenery and beautiful landscapes make up for everything. Traveling on the road in the United States is still one of the most fascinating and suggestive options. Planning to travel a mixed air-car journey is a widely used solution. From this link, you can rent your car at the best price.

The American Railways cover the whole country in a capillary way, even if the train can be particularly inconvenient and impractical; ticket prices are not fixed, but in general before you book, the less you spend. Better, then, to opt for the comfortable, cheap buses.

From 12 January 2009, for journeys to the United States without a visa, it is mandatory to register online through the ESTA form. You can fill it out via the official website www.esta.gov, paying (by credit card) $ 14 as practical handling fees.

At the end of the procedure, the system will tell you if you are allowed to board a flight to the United States. In any case, acceptance is postponed to the US airport offices, by security officers. Remember to print the answer. To travel to the United States without a visa, you can apply for a Visa Waiver Program. More info from here.

Kanoa reminds that the passport must be valid. The expiry date must be later than the date scheduled for the return to the country of origin.

After landing and collecting your luggage, all tourists will have a brief interview in which the officers will discuss the real reason for the visit. Be ready to show, for example, hotel reservations and return tickets if you are on vacation; a letter in the case of a business trip … Once permission is obtained, fingerprints and a digital photograph will also be taken.

The CUSTOMER will be given a form to fill out (usually one per family). Then, a last step in the control area and finally … you are in the United States !!!

The most convenient way to pay in shops, bars, restaurants, and transport is the classic Credit Card or Debit Card; the important thing is that they are tied to a bank and have Iban. For example, Sao Paulo, Deutsche Bank, Unicredit and so on. You can use it anywhere even for small amounts; the classic Visa and Mastercard and American Express are accepted almost everywhere

In the country, it is often mandatory to provide a credit card as a guarantee for any extra costs for sleeping in a Hotel, Motel, B&B; even if you rent a car you will have to guarantee with your credit card. Those who need to enter the bank, keep in mind that, except for exceptions, it is open from Monday to Friday, from 09:00 to 18:00, and Saturday from 09:00 to 12:00.

The extension of the country also affects the time zone which can present up to 6 hours difference. In New York, the hands of the clock are placed 5 hours back, compared to the Greenwich meridian (UTC/GMT -5). Here are some of the main places:

In all the country, electricity is standardized at 120V – 60Hz. Only large appliances go to 230V – 60Hz. The electrical sockets can be type A and B. The first has 2 flat contacts; the second, on the other hand, has a third contact of a cylindrical type (grounding). As always, we recommend that you pack a special adapter.

The smoking ban is extended practically throughout the territory and each state has its own legislation with rather strict laws in this regard; the cost of cigarettes is quite high, therefore, it is better to buy them at duty-free.

Generally in the US smoking is prohibited in all public places (bars, restaurants, bus hotels, airport hotels, etc.).

The laws are particularly strict on the subject of alcohol. Driving while intoxicated is punished with arrest. You can buy alcohol at clubs, bars, or supermarkets, only after showing your ID. In the whole country they are very intransigent.

In the United States the frequencies are on 850 and 1800 MHz. If you have an old Dual Band phone you cannot use it. With recent smartphones (from 3G) you won’t have any problems in using them.
To call phones in the United States, you must enter the international dialing code 001, followed by the telephone number. The main telephone companies are AT&T, Verizon, Sprint and T-Mobile.
With the reduction of roaming costs, you can easily call from the country using your SIM. Make sure before leaving any offers from your manager. It should no longer make sense, given the prices, to buy a new American SIM. Of course, Skype and WhatsApp remain excellent solutions if you have wifi available in your hotel.

The United States is the only industrialized country that does not have a national health system; which is why Americans generally prefer to rely on private health insurance. It is precisely for this reason that, for all those traveling to the United States, it is advisable to take out travel insurance before leaving. Medicines can be bought in pharmacies. Keep in mind that for many the medical prescription is required; often, acne for medicines that you didn’t need in your country. Put the essential ones in your suitcase before you leave.

The pharmacies, and in general most of the American shops, are open 7 days a week, from Monday to Sunday, from 09:00 to 21:00. In each city, you will always find pharmacies on duty open beyond these hours.

In America, the staff has very low salaries and the most important part of the monthly income comes precisely from the tips (tips or Gratuities). Customers leave them based on the degree of satisfaction of the service received.

Tipping is extremely common in the United States. In some restaurants, you may find it already applied to your account. If you pay by credit card, you can ask for it to be added to the account. There is no fixed rule. In general, 10-15% gratuity is offered to taxi drivers, barbers and other service personnel. Bellmen, hotel cleaning staff, 1 or 2 $.

The simple common sense is enough to avoid problems. As they say: the whole world is a country! Try to avoid wearing too much cash; do not show off jewelery or anything else, and do not go out by isolating yourself in places that are little frequented, especially late at night. These simple precautions are sufficient.

The American police are usually kind, professional and honest. If you happen to be stopped, all you need is a little collaboration; if you were to take your documents out of your jacket, try to inform them of what you are about to do, in order to make them suspicious!

Very important: if you have rented a car and should stop the police, DO NOT DYE FOR ANY REASON FROM THE VEHICLE; keep your hands on the wheel and wait for the police to tell you: sudden movements could make the officers suspicious!