Berlin. How to get there by plane, train and car. Practical info and links

The city of the Bear.

A young and booming metropolis, the German capital is a city of incredible charm. It is the place where you can admire beautiful attractions; in which you will be overwhelmed by the extraordinary movida of its premises; events and events of international appeal.

Berlin, and its history. You can not remain impassive, walking along the remains of what is the most famous wall in the world. Charm, charm and much more await you to discover one of the most beautiful cities in Europe. 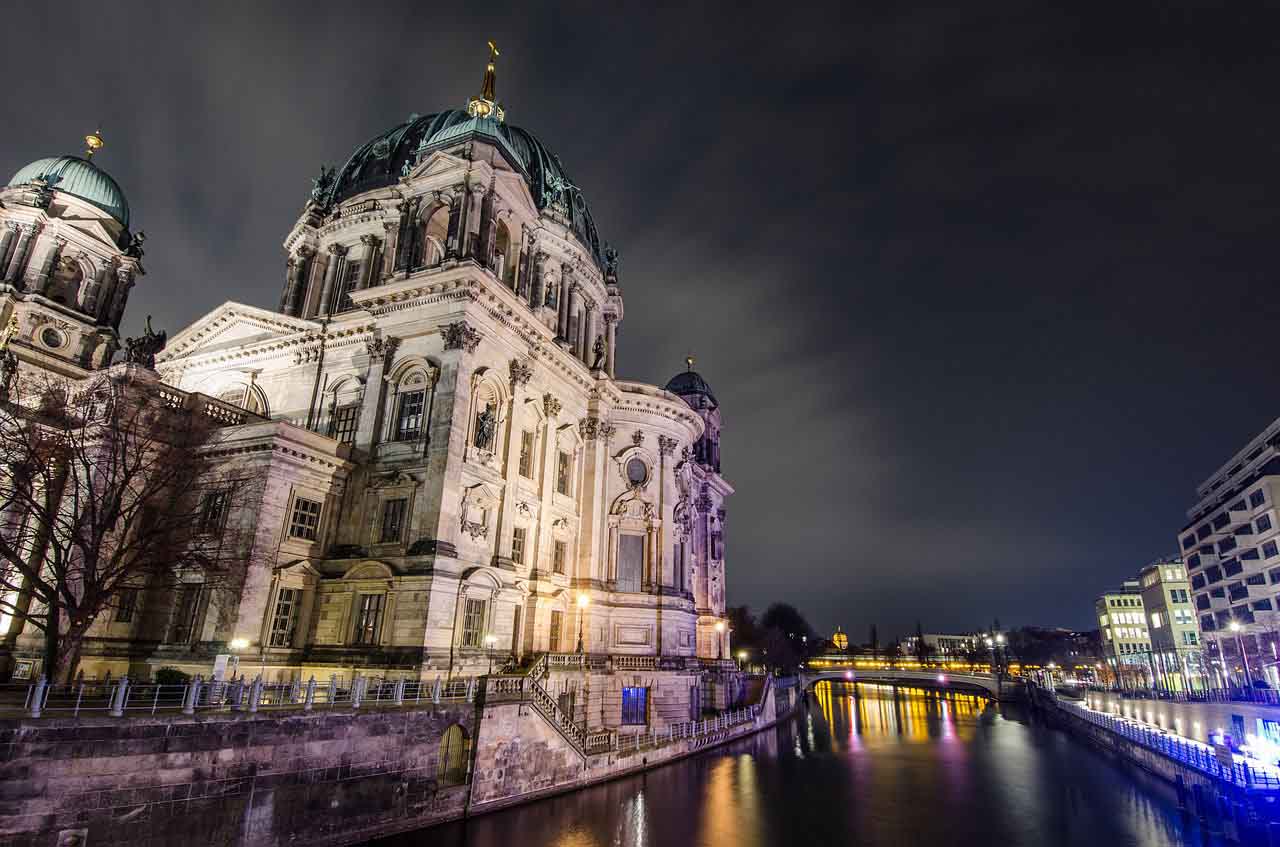 The city has two good airports, both not far from the city center: Tegel and Schönefeld. Both are fully operational.

The new Berlin-Brandenburg airport has been planned for several years. Built to accommodate over 30 million passengers, it has undergone significant delays and further work. The latest forecasts indicate the approximate opening date, the third quarter of the 2019. The two current airports, therefore, are fully operational.

Tegel is the main airport of the Capital, located about 8 km north-west from the center. Many carriers make direct connections from this airport to major European and non-European destinations. The airport boasts the presence of 5 terminal, numerous services and shopping areas. Free and free Wi-Fi is available everywhere. All info and companies can be found through this link.

Tegel is just 8 km away from the city center, easily accessible by public transport, but there are no trains that directly connect the city with the airport. The fastest way to get to the center is the Jet TXL bus that to the Central Station (Hauptbahnhof) and the X9 bus to the Zoo stop. They work from 5 in the morning to around midnight.

The 109 Bus also takes about 10 minutes to the center.
To get to the nearest metro, we recommend the 128 bus which arrives at the Kurt Schumacher station of the U6 line. The ticket price is € 2 but it’s free if you buy a Berlin Welcome Card AB. For more information on timetables and routes, you can consult the official website of the transport company vbb.

Schönefeld is the second airport of the Capital, just a little more than 20 kilometers from the center. At the moment, it is the most used airport by the Low Cost companies. EasyJet and RyanAir, are the carriers that guarantee the greatest connections with European destinations. All info and companies can be found through this link.

Schönefeld is about 20 km from the center but, unlike Tegel, it has a train station, accessible on foot or via a free airport shuttle, which reaches the main stops including Zoologicher, Hauptbahnof, e Alexanderplatz. The journey takes about half an hour and the whole ticket costs 3 € (Free if you buy the Berlin Welcome Card AB, which we at Kanoa recommend). From the airport you have to take the RE7 or RB14 line of the AIRPORT EXPRESS: works every day from 04:30 to about 23

Alternatively, there are numerous buses, also in night service, that make connections to the city center: or, the SXF1 Shuttle Bus that you can take at the 1 Terminal that takes you to the S-Bahn station Berlin-Südkreutz in 20 minutes and from here you can then take the metro. Our preference, however, is for the Airport Express. 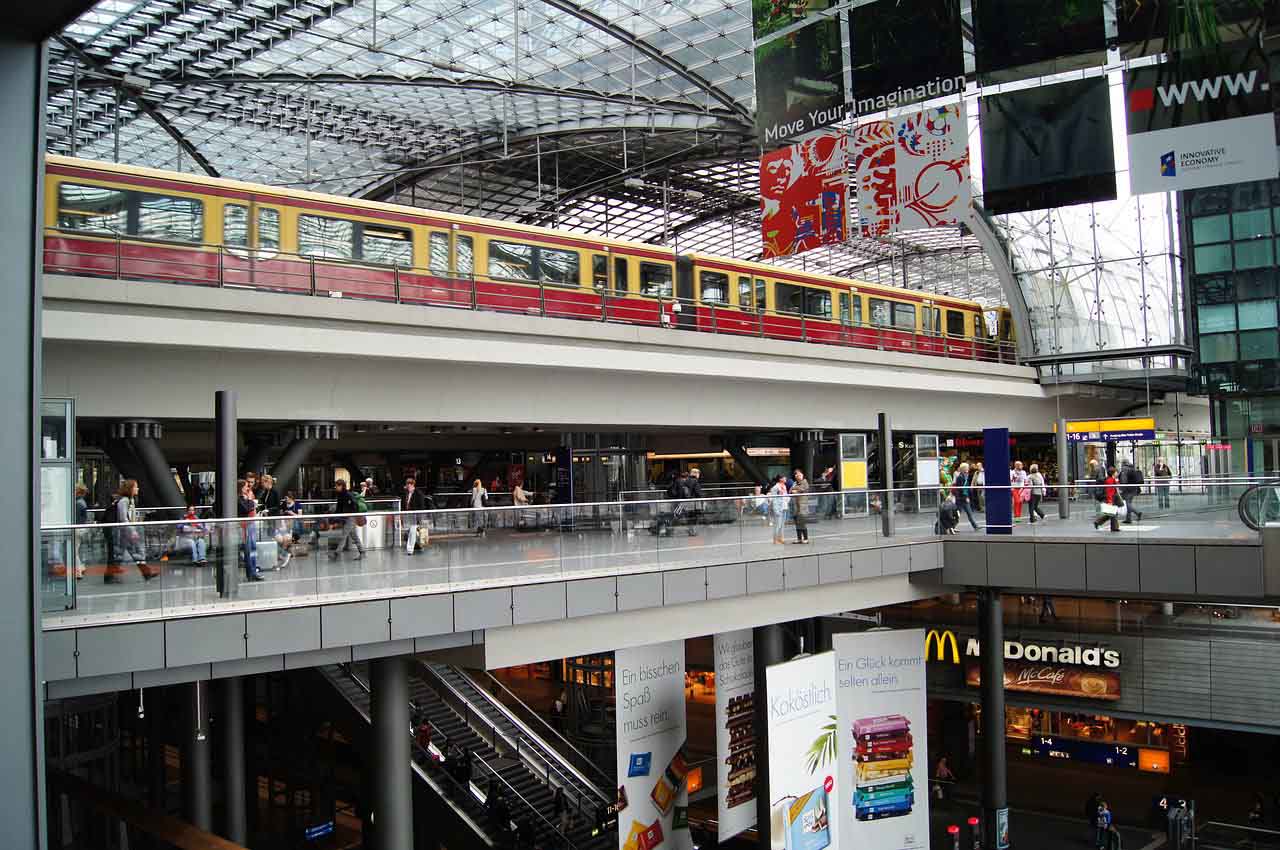 Today, Berlin Hauptbahnhof is an important railway junction in German and international connections. Important links pass right from this station, thanks to the numerous Intercity, Eurocity and InterCityExpress trains. Among the many routes, right from Berlin Hauptbanhof starts the famous Siberian, or Sibirjak, up to Novosibirsk. This is the longest railway route in the whole of the European Union, with its 5130 km; it crosses several nations and follows, in large part, the Trans-Siberian route.

For details and all connections with the main European destinations, consult the official website of the Deutsche Bahn.

Berlin is an important crossroads for the Major Capitals of Eastern Europe and some important European cities. Prague is just 350 kilometers, while Warsaw is less than 600. From Amsterdam, you have to travel about 650 kilometers to get there; further 100, instead, to get to Brussels. From France, Spain, and Italy, the distances become considerable.

The German motorway network is extremely efficient and, above all, does not provide tolls on almost the entire route. Remember, however, to respect the highway limits: the penalties are quite severe.