Split. How to arrive by car, ferryboat or plane. Guide, info, connections.

Welcome to Split, pride of Croatia!

If you were to stop and talk about Split with some locals, most likely someone could describe it as the most beautiful city in the world. Although it is not, Split is certainly a city that will thrill you; starting from the Diocletian’s Palace, a real jewel and one of the best preserved Roman monuments on the planet. 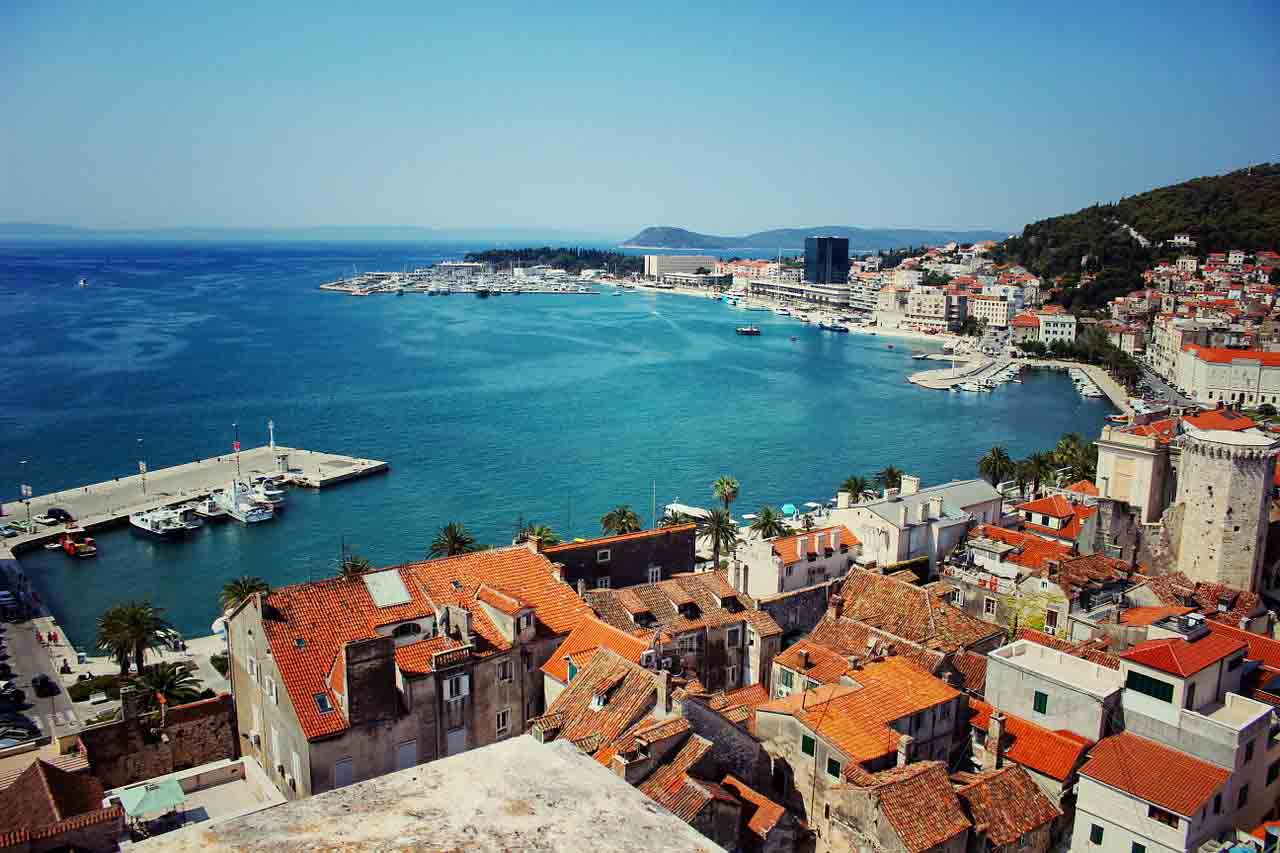 HOW TO GET TO SPLIT

The plane is the most convenient and fastest way to reach the Croatian city.

Zracna luka Kaštela, is the international airport located on the Adriatic coast. It is located at 25 km from the croatian city, and is the second largest airport in terms of passenger traffic throughout the Country.

Croatia Airlines, a national airline, offers direct connections to major European cities including London, Amsterdam, Frankfurt, Rome and Paris. During the summer, the greatest number of passengers is registered; it could not be otherwise, considering that most of the holidaymakers choose this destination especially during the warmer months. More info on the airport and direct connections, through our special page from this link.

The city center can be reached by public transport exclusively by bus.
The bus PROMET, recommended by Kanoa, take the exit of the Terminal, and arrive in about 50 minutes in the center. The ticket costs 17,00 Kn (2,20 € approx.) And can be purchased directly from the driver. The bus arrives at the Terminal Sukoišan, at 700 meters from the Diocletian’s Palace. More info on timetables and route on the official website.

Alternatively, there is the company’s shuttle bus PLESO PRIJEVOZ, which connects the airport with the city, Kaštela area, in about 30 minutes and at the cost of 30 KN (about 3,92€).

Since a holiday in Croatia is hardly limited to just staying in Split, you often opt for sea travel.

The reasons are essentially two. First of all, because it offers the possibility to bring the car in tow. In this way you will be able to travel around Croatia, visit beautiful and suggestive beaches and places. In addition, those who want to save, often, a few tens of euros, can find a “bridge” even in the period of August.

From Italy, you reach the Croatian capital starting exclusively from the port of Ancona. Alternatively, you can reach other cities on the Croatian coast from Venice, Pescara, Trieste, or the Slovenian Piran.

The distances from the main European countries are quite demanding. From Italy, taking Venice as a reference, you have to travel about 600 kilometers to get to Split (over 400 of highway). For Milan, they are over 800 kilometers. From Budapest, around 750 while from Bucharest the 1000 kilometers are abundant.

France, Spain, Germany and most of Europe have really prohibitive distances.

The Croatian road section, being mostly coastal, runs slowly. Be careful and be cautious especially in the evening: in these areas the signs and lighting leave a lot to be desired.

The Split train station is well connected to the most important cities in Croatia; a little less with destinations across the border. From France, Germany, Italy, and almost all of Europe, two or more changes are needed to arrive at their destination. Taking into account the fact that trains are anything but frequent and efficient, we recommend this vehicle only if you intend to visit the hinterland. The official website of the Croatian Railways, moreover, it is not very usable.