Mostar airport. How to get there by direct plane and connections

Mostar airport is the second most important airport in Bosnia and Herzegovina, after Sarajevo.
It is located in the small village of Ortijes, about 8 km south-east of Mostar.
Reference point for visiting the beautiful Bosnian city, the airport is also one of the main access routes to Medjugorje, from which it is about 25 km away.
Much of the air traffic is concentrated during the high season, and in particular between the months of May and September.
At the moment, the number of direct connections remains limited to around ten flights. Therefore, the passenger volume is in no way comparable to that of Sarajevo.

Inaugurated in 1965, Mostar airport is spread over a single building, and is characterized by a single runway, not particularly long.
Inside the only terminal you will find only the essential services. 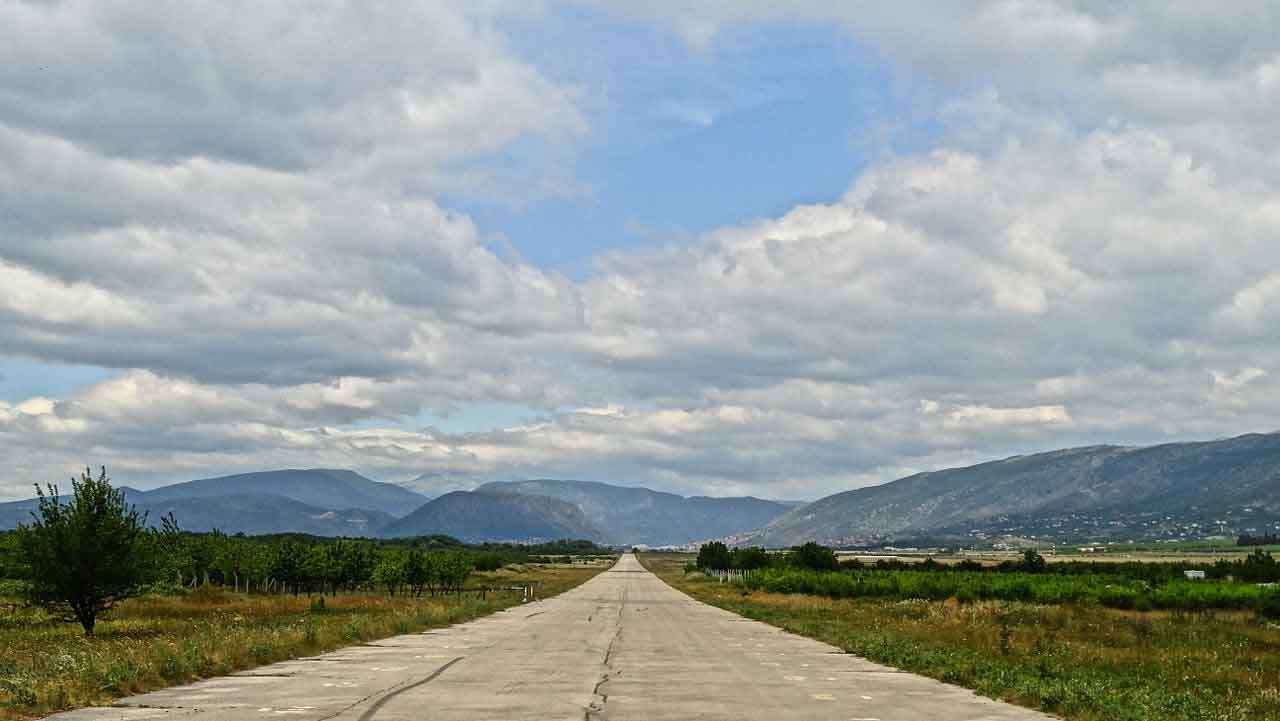 Here are the direct connections to Mostar Airport:

Only with Zagreb and Rome, flights are guaranteed all year round, thanks to Croatia Airlines and FlyBosnia.

The airport is located just under 8 km from the city, and about 25km from Medjugorje.
The alternatives for getting around are fairly limited.

Taxis are parked outside the Terminal. Not many, actually. A taxi ride costs around €10 (15KM). Always check beforehand the cost of the trip. Taxis also accept payments in euros.

map of the airport