About two months after its publication, we at Kanoa have decided to share the ranking of the best clubs 2020 of djmag.
A choice dictated by the particular moment that we are living in the world, due to the pandemic from Covid19.
We are all looking for a bit of normalcy. And then, better to think about the best times to come. Or, to those just passed.
The time will come (soon) when we can throw ourselves back into the fray, and let loose with the best clubs 2020.

In the meantime, all you have to do is cross your fingers, and hope that the Coronavirus will not leave harmful consequences on clubbing. A movement which, more than any other, risks particularly negative consequences.

The ranking of the Top Clubs, drawn up annually by Djmag, is particularly popular and influential. Both by the public and by professionals.
In the disco field, clubs, edm … djmag represents a sort of Bible in the sector, with almost 30 years of history behind it. It is one of the most loved brands related to electronic music. Its official magazine, translated into 10 languages, has been recognized 17 times as “Best Music Magazine”.

Punctual as always, djmag has revealed, also for this year, its Top 100 clubs, that is, the ranking of the best clubs 2020, all over the world.
Also this year, the highest step belongs to the Brazilian Green Valley superclub, the third consecutive statement. A real consecration.
The venue is an authentic institution in the context of clubbing. Born in 2007, to host a local rave, it has been transformed from a simple tent, set up in the middle of an airfield, to the most loved club in the world!

The American Echostage, which ranks third, is confirmed as one of the best clubs 2020.
Founded 8 years ago by GLOW, it quickly carved out a fundamental space as a meeting place in the dance scene of the East Coast, Washington DC.
Podium for Hï Ibiza, an avant-garde club in the field of electronic music and entertainment, born on the ashes of the legendary Space. This year, he is the Top in Ibiza, and throughout Europe. Ushuaia, with which it shares the same property (Ushuaia Entertainment), is undermined.
Compared to last year, the Top Ten confirmed in bulk. Only the positions change, but the names remain unchanged.

Ibiza, as per tradition, remains the undisputed queen of nightlife and fun at all hours. The Balearic Island places 5 places in the top 19 positions.
Excellent results also for Germany and Croatia.
The Berghain in Berlin, and the Bootshaus in Cologne, are confirmed among the best 2020 discos in the world. The Croatians Papaya and Acquarius always confirm themselves among the best choices.
Best new entry is Avant Gardner & The Brooklyn Mirage; the American club immediately ranks in 35th position.
The Dutch De School is the club that has experienced the highest improvement in a year, climbing 18 positions. In contrast, the Italian Duel Club loses 44 positions!

Through the official djmag website, available at this link, you can consult the complete ranking of the Top 100 Club 2020s around the world.
Good fun. 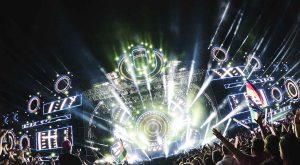 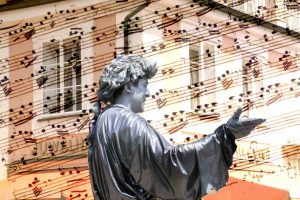