Basel. How to get there by plane, train, car and bus. Info and connections

Charming and romantic, literally split in two parts by the river Rhine, Basel is a city that lives between modern and tradition. A city where you can breathe the air of the past, between buildings and beautiful historic buildings.
The beautiful Romanesque Cathedral. The picturesque town hall. Marktplatz.

A city where culture is an authentic protagonist. Here, you will find the oldest university in Switzerland.
A city that lives on art and culture, in which events and art galleries have become a point of reference. Like, after all, events. Basler Herbstmesse, Baselworld and, above all, the Carnival, from the 2017 recognized World Heritage Site by UNESCO! 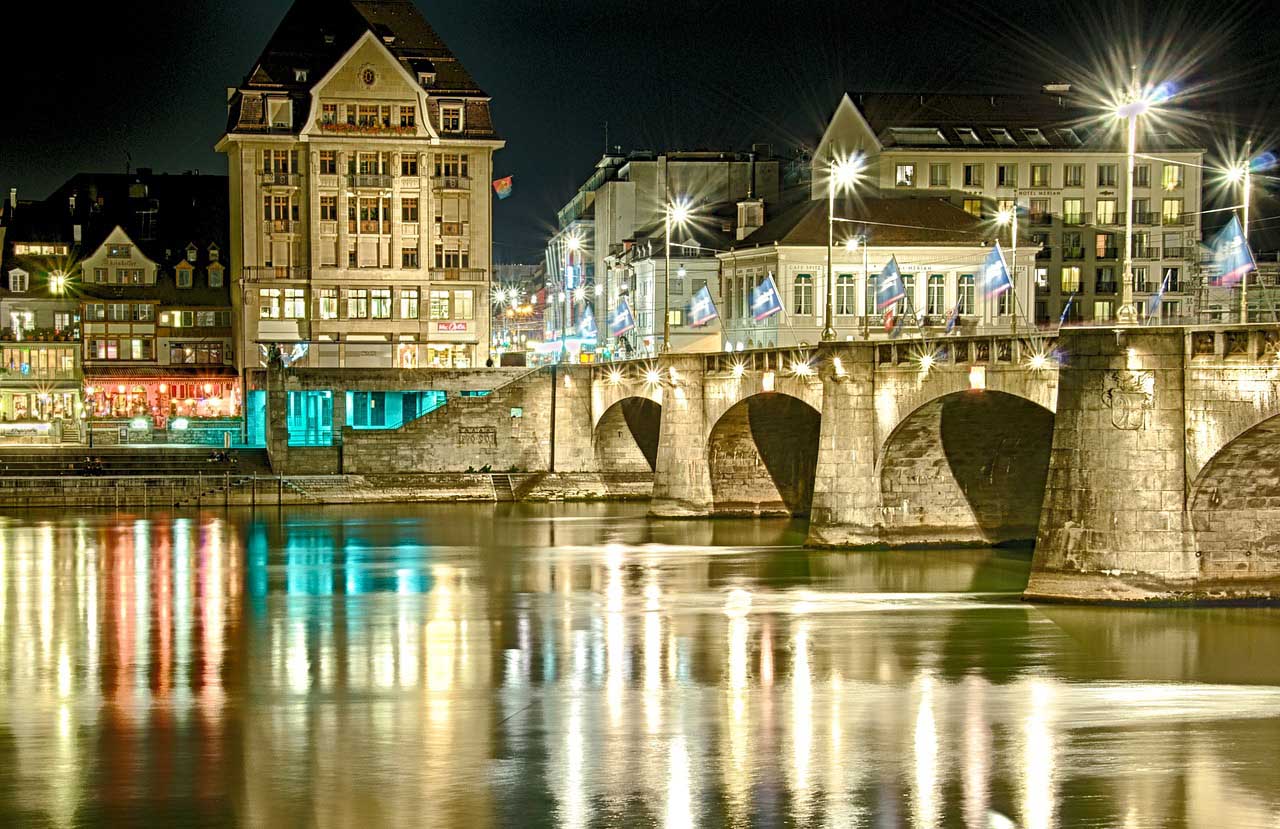 HOW TO GET TO BASEL

For medium / long-haul distances, the aircraft is the best solution to arrive in the Swiss city; as well as the most comfortable. The international airport, in fact, is about 7 kilometers from the center. It is well connected, with direct flights, with the main European destinations.

The airport, also known as EuroAirport, represents the first and only example in the world of the trinational airport.
In fact, it was built by Switzerland on French territory in the municipality of Saint-Louis and is divided into two independent complexes with its own customs centers: one for France and another for Switzerland. Right in the center of the two structures is the border between the two states.

Once you have landed on the n.50 bus, you can reach the central railway station Bahnhof SBB. The journey takes just under 20 minutes. The bus is active every day, from 04:53 to 00:35 from EuroAeroporto; from the 04:35 to the 23:40 in the opposite direction.

The Swiss Federal Railways are one of the real flagships of the country. Efficient, modern and punctual, they allow you to arrive and move in peace.
By train, if your goal is to visit other Swiss destinations, you will find the Pass from 3 to 15 days advantageous. More info from here.

Basel-SBB is the central railway station, located a short distance from the center, in the south. The station is housed in a beautiful neo-baroque style building, rebuilt in the 1907.
From here, depart, and arrive daily, about 1000 trains from Switzerland, Germany, Italy and France. By TGV you can arrive from Paris, Marseille, Mulhouse.

Every hour, there are links in ICE with Hamburg and Berlin. Other connections are guaranteed with Italy and Milan with Eurocity trains.

There is a second train station in the city called Badisher Bad Bf. The rather unusual feature is that it is a German station in Switzerland. The squares, and part of the atrium, belong, in fact, to Germany!

Basel can be easily reached by car from the main European destinations. Switzerland, being in a rather central position, can be added without facing long and exhausting journeys.

Frankfurt, Germany, is just over 320 kilometers; Munich, on the other hand, is about 400 kilometers, passing through Zurich. They are almost the same kilometers that separate the Swiss city from Lyon. From Milan, in Italy, you have to travel about 350 kilometers. Please note that the purchase of special vignettes is mandatory to travel in Switzerland. More info from here.

Eurolines and Flixbus offer connections from the main European destinations, with modern and comfortable means. Arriving by bus can be a rather economical solution.